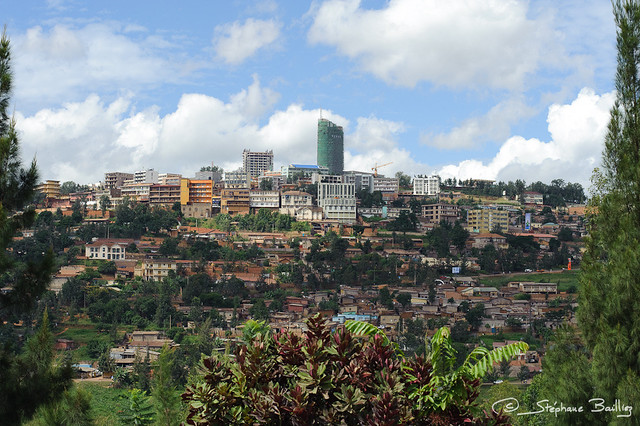 Quinn Higgins writes about UN Habitats legislation in Sub-Saharan Africa, based on her ongoing research into Kigali, Rwanda’s urban development and the place of youth in city planning.

Sub-Saharan Africa (SSA) is experiencing two developments simultaneously: rapid-paced urbanisation and a growing youth bulge. The area has an annual urban population growth rate of 4.1% with cities such as Lagos, Nigeria growing at an immensely quick 5.8% annual rate, whereas the global annual rate is only 2.1% [1]. While 2.1% is no figure to shrug about, it is only half the rate of SSA. Concurrently, as of 2019, 60% of the African population is under 25 years old [2].

These two developments have important consequences as they interact. They can either be catastrophic, as urbanisation causes urban poverty and injustice, while youth surge causes overwhelming youth unemployment [3]. However, these developments can also be positive, with urbanisation creating employment and opportunity while young people bring creativity and social change.

International organizations have been pushing for young people to be involved in the economy and political institutions, particularly UNICEF and the World Bank. However, there’s something missing from this dialogue: the treatment of youth in the work force. Mayssoun Sukarieh and Stuart Tannock [6, 7, 8] argue that capitalism created the social concept of youth as they were needed as a cheap and controllable labour source. This notion carries into the present through organizations such as the World Bank, who draw a parallel between youth-friendly and business-friendly policies.

The United Nations’ Human Settlement Programme (UN Habitat) has not escaped this habit either. When considering urban environments that affected youth, the 2016 New Urban Agenda looked at how it would affect business [11]. For example, they focused Point 53 on the importance of public green space. However, they conceived this to “facilitate business and public and private investments and livelihood opportunities for all.” This reveals an economic outlook on green spaces and consequently an economic outlook on those who fill them. In one of the working documents, an Urban Dialogue, [2] published before the Agenda, importance was similarly placed on the green spaces as they would boost worker productivity. Furthermore, health was linked to economic prosperity and education to employability.

Policies like these which prioritise the economy exclude and commodify sections of the population who become underserved, creating an unjust and unequal city.

What do these actions mean for those deemed unproductive to society? What does framing the urban system as an economic site mean for the unemployed population, informal workers, and unengaged young people? Policies like these which prioritise the economy exclude and commodify sections of the population who become underserved, creating an unjust and unequal city.

Some SSA countries, such as Nigeria and Rwanda, have gone even further in fostering a capitalist-led, pro-growth model of development and banned street vendors. This, however, has its own ramifications. Young people unable to enter the formal market due to its narrow size in their countries and prohibited from street vending and other informal activities, have oftentimes, particularly in the Sahel and Lake Chad region, turned to violence and terrorism for economic means.

Kigali is a unique space to analyse as a model, because it has a pre-emptive urban agenda and planning, compared to many other SSA cities which are now operating on a reactionary basis due to floods of migration. Because of this, the areas that are important to the Kigali government are more transparent. Thus far, the National Urbanization Policy [5], National Youth Policy [6], and Kigali Masterplan [12] have had themes congruent with those in the UN Habitat. Specifically, the city is a site of economic development and young people are workers first.

Research is still ongoing, and nothing is concrete yet, but what is obvious so far, as echoed by countless urban academics, is the need to push for a broader understanding of urban development. Development means economic growth and a GDP increase, but it also means inclusion and participation of the population, access to basic goods and services, and public (as opposed to private) spaces.