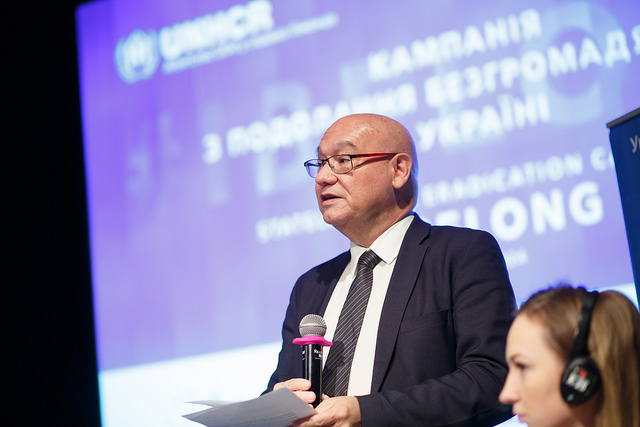 Shamima Begum is a 19-year-old British woman who joined the Islamic State (IS) as a schoolgirl and was promptly married.  When she became pregnant, she requested to return to the United Kingdom to have her baby.  For evident reasons – chief among them her lack of regret for joining IS – many members of the British public clamoured against her return, recognising Begum’s support of a terrorist group as a rejection of the country she was raised in. The British home secretary, Sajid Javid, claimed that her return could be prevented by depriving her of her British citizenship.[ However, when Begum then appealed to Bangladesh (her father’s native country), her request was denied.  Regardless, Begum was deprived of her UK citizenship.

Begum does, fortunately for her, have a right to claim a Bangladeshi passport, but if she did not, she would be stateless. It is illegal under international law for any country to make someone stateless, and the UK has narrowly avoided this.  The narrative of a young impressionable girl nearly rendered stateless is not what has been present in the media however, and this is potentially because very few are aware of the seriousness surrounding lacking a citizenship.

The UNHCR estimates that there are at least 10 million stateless persons worldwide.

Statelessness is defined as ‘a person who is not considered as a national by any State under the operation of its law’. The UNHCR estimates that there are at least 10 million stateless persons worldwide. Lacking a state can restrict your access to education, employment, freedom of movement, housing and marital status, while being part of a state can bring certain benefits.  For example, as a member of the UK state, Begum was legally entitled to the NHS and to social housing in the UK – now she is not.  As well as affording certain benefits, citizenship can affirm for some people their nationality and state-affiliation as an integral part of their identity and their home.

The causes of statelessness vary, but it is almost never an active choice. The Palestinians are a key example of a large group of stateless people, as despite having passports, they are part of a state that is not legitimately recognised by most countries. Although they could apply for Israeli citizenship, it is evident and understandable why Palestinians would not do this.  In other states, certain ethnicities are unrecognised, such as in Myanmar’s Rakhine state, where over 600,000 people are thought to be part of nationalities ineligible for citizenship. In some 25 states, women cannot transfer nationality to their children, and thus children with estranged fathers are stateless.

Through the above examples, it becomes clear that eliminating statelessness is a long and complicated process, dependent on closing loopholes in many countries and ensuring that all states are recognised. Despite it being a potentially arduous process, the UN aims to end statelessness by 2024.

states do not necessarily ensure a person’s rights – in fact, some ensure the exact opposite

However, many take issue with this movement from the perspective that ending statelessness is a rights-based policy, and states do not necessarily ensure a person’s rights – in fact, some ensure the exact opposite. An example cited by Katja Swider is that of two men who were Armenian by nationality but had been raised in the Netherlands.[Both wanted to obtain Dutch passports but were required to show a foreign passport indicating their other nationality.  Neither had an Armenian passport, and neither could obtain one unless they did their mandatory military service as Armenian nationals.  Not only were these men technically stateless in the refusal of both states to give them passports, but their parents’ origins became a burden on them that would force them into disputes over a country that neither had lived in for a significant portion of their lives. Moreover, Armenia is just one of over 60 countries that insists that their citizens perform compulsory military service.

Another disadvantage of statehood faces those who are nationals of countries that actively discriminate against people for their ethnicity, gender or sexuality. There are 71 countries in the world that criminalise same-sex relationships, with some, like Russia, that even have legal repercussions for ‘promoting’ homosexuality’.  Eight of these countries can punish LGBTQ+ people with death.  The only way to exit such countries for the sake of safety would be to claim asylum, but asylum claims from anti-LGBT laws are often rejected on the basis that being LGBT is impossible to prove; a 2010 Stonewall report claimed that 98% of LGBT related asylum claims were rejected.

Thus, if you are born into a state which actively discriminates against you, there is not always the solution of fleeing elsewhere.  Moreover, by the nature of statehood, you must belong to a state, and not all states are able or willing to accept people as citizens, which poses serious issues when having a state is compulsory and you cannot choose to be stateless. In her discussion, Swider rightly claims that a ‘policy that aims to end statelessness for the sake of human rights should explicitly address scenarios where the acquisition of a nationality does not lead to a better human rights situation’. With this in mind, ensuring that someone has a state cannot always be seen as a way to ensure they have rights: it can also remove certain rights or put them under certain obligations.

Perhaps, then, we should question whether we should hinge so much on being a part of a state. Eliminating statelessness is already a large goal, but eliminating the potentially negative repercussions of statehood is a far larger one.  However, at least when someone has a state, the UN and various other organisations can focus their efforts on improving the situation of living within that state, rather than being unable to help someone who is stateless and therefore neither advantaged nor disadvantaged by their statehood.

If stopping statelessness is something that interests you, you can support the UN’s campaign by signing the open letter as part of the #IBelong Campaign here.