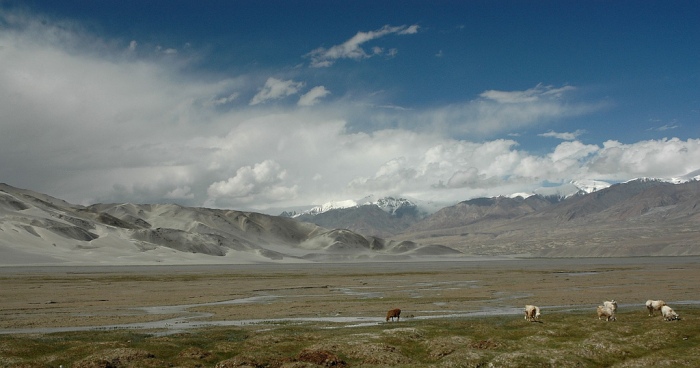 Since 2016, China has expanded its ‘Vocational Skills Training Centers’ in Xinjiang by over 465%. Despite the best efforts of the Chinese government to hide the true purpose of these camps, the experiences of local people and information gathered by reporters and governments attest to the terrible conditions within them. These are ‘re-education camps’, built with the primary aim of turning potential dissidents into ideological purists, or to simply intern them into perpetuity. Within the camps, the human rights of prisoners are regularly violated as they are forced to renounce their religion and work in local factories. From a western perspective, these camps seem like a twisted callback to the radical Maoist era, and a far cry from the shining, modern skyscrapers of China’s bustling cities.

the mistrust of all religion, not just Islam, reflects a key theme in Chinese history

The Chinese state justifies this treatment of the Muslim minority with reference to the Western war on terror. When groups like IS were at large across the Middle East this argument seemed to hold water, however, with the decline of this threat, many are beginning to question China’s horrific treatment of these ‘potential dissidents’. Indeed, the mistrust of all religion, not just Islam, reflects a key theme in Chinese history. The fraught relationship between popular religion and official ideology has led to the Chinese state developing a deep mistrust of organised religion.

This mistrust can be seen even before the Communist revolution. In imperial China, the Confucian elites of society often looked upon the Buddhist and Taoist masses as being gullible and superstitious (Mungello, Great Encounter of China and the West, 1500-1800 , p. 19). With the arrival of Western imperial powers, and the accelerated spread of Christianity, this mistrust turned into outright fear. Organised religion, in particular, was seen as a divisive threat that would upset societal order, and undermine governmental authority. To an extent this view was justified – where traditional religion could coexist with the state ideology of Confucianism, Christianity and Islam demanded loyalty to the faith above all. In the 19th century, religious rebellions in Xinjiang, and the Taiping rebellion (led by a preacher claiming to be the brother of Jesus) served to fatally weaken China’s last imperial dynasty.

It was this tension between central government and organised religion that informed the Communist Party’s response to this same problem. Communist ideology already condemned religion as a distraction from the struggle for economic liberation, and the new communist government saw popular religious practices as being detrimental to economic productivity. Rather than making offerings to the ‘Stove God’ of Chinese folk religion, households were directed to replace shrines with images of Chairman Mao (Landsberger, ‘Mao as the Kitchen God’, China Information, Vol 11, Issue 2-3, 1996, p. 198). Instead of prayers, ‘reports’ of daily productivity were offered to the chairman. This contest over the private religious and ideological lives of individuals demonstrates the competition between the Chinese state and religion. In recent years, the government has also led a campaign against towering churches and prominent religious symbols, demolishing a number of religious buildings.

The humanitarian crisis in Xinjiang is just one facet of this competitive dynamic. In this resource-rich area, far from the centre of power in Beijing, any rebellion could present a fundamental security challenge. Historically, successive Chinese governments have seen organised religion as a challenge to state allegiance, taking drastic measures to maintain ideological control, and we must ask this authoritarian cycle can be broken.

Image by Peter Morgan on flickr.com